Opinion: Less than 2 months out from the election, a Christchurch Community Board has disregarded expert advice on safety, instead recommending traffic signals for the intersection of Harewood, Gardiners, and Breens Roads. This decision appears to have popular support from local residents, but if implemented will increase the expected number of injury crashes at the intersection, increase the likelihood of serious injury outcomes, and there is a high probability of increased traffic volumes*.
*refer to the independent Safety Assessment included in the agenda for the Board’s meeting 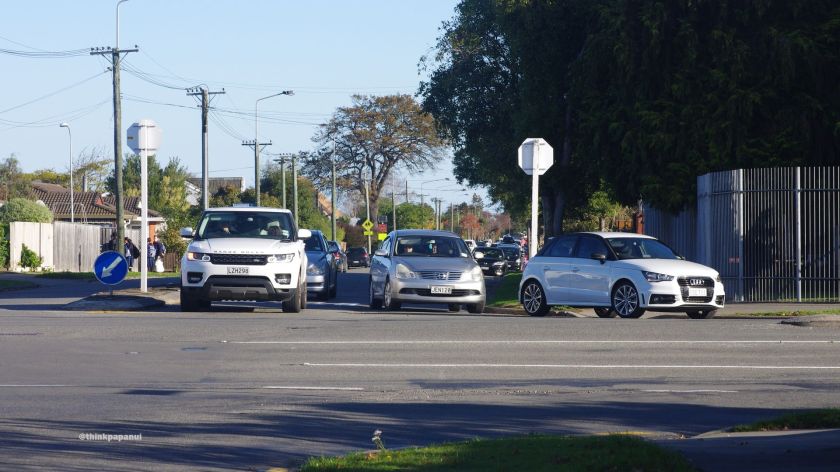 On the 17th of August 2019 I made one of seven deputations to the Waimāero/Fendalton-Waimairi-Harewood Community Board’s meeting in relation to the Harewood/Gardiner/Breens Road intersection. Three other deputations were in favour of the implementation of traffic signals at the intersection, and three were in opposition. In my own deputation I noted key points including:

Judging from how quickly the meeting proceeded following the public deputations, how little questioning there was of staff who presented their report, and what little discussion & debate there was around the table, the Board appeared determined to recommend traffic lights regardless of the deputations and evidence before them.

This decision seems hazardous both in terms of the safety factors at the intersection in question, but also hazardous for our democracy, when a board will so readily reject staff advice and an expert assessment, and instead support what they say is the popular wish of their constituents – following a years-long campaign from elected members specifically for traffic lights.

At Saturday’s meeting, the Board missed an opportunity to celebrate the positive:

How would lights be funded?

An important point not even discussed at Saturday’s meeting is that traffic signals are not only less safe, but they’re also not funded – there’s close to a million dollar funding gap that will somehow have to be closed if lights are to go ahead.

The Board’s recommendation to implement lights now goes to the Council’s Infrastructure, Transport, and Environment committee (ITE) on 26 August, which in turn will make a recommendation to the full Council. The ultimate outcome is due to be known before the 12 October election date. In this pre-election environment it feels like the Board has taken the easy way out by recommending the option that was the most strongly supported in the recent consultation – but isn’t a Board elected to make hard decisions, not just popular ones? If all local decisions were to be decided by the popular vote in an opt-in consultation, why would we even need Boards?

Board members have done their re-election chances no harm at all, while it’ll be the ITE committee and/or Council now set up to look like the bad guys if they overrule the Board, even if it’s in the name of safety.

What’s your view on the safety assessment of the options for the intersection? If the primary objective is to improve safety, how could the Council proceed?

One thought on “Board rejects safety assessment, favours lights for Harewood Rd intersection”