The Christchurch Northern Corridor (CNC) Downstream Effects Mitigation Plan was on the Christchurch City Council’s agenda on 14 February 2019. The plan is required as a condition of the consent for the CNC project. Here’s a summary of what transpired at that meeting…

Mark Wilson and Jason Harvey presented a petition of 2512 signatures in opposition to the Downstream Effects Mitigation Plan (DEMP). (Watch the video online.) Mark concluded by asking the council to “…not receive the draft plan, and requesting it go back to the community, with a much larger scope with people at its core, not cars”. After some discussion around procedural matters, the Council resolved to receive the petition and refer it to the Papanui-Innes and Linwood-Central-Heathcote Community Boards.

(The draft DEMP can be found at item 8 of this Community Board agenda.)

Mr Osborne introduced the draft plan, and explained the Resource Consent conditions that require the Council to implement a Downstream Effects Mitigation Plan prior to operating the CNC. He also noted three other workstreams that the Council is involved in:

Dr Turner noted that CNC impacts will be on more than just congestion/cars, so he has worked to consider other impacts such as safety.

Mr Osborne stated that a programme steering group has been established, led by NZTA, to bring the four workstreams together (the DEMP and the three noted above). 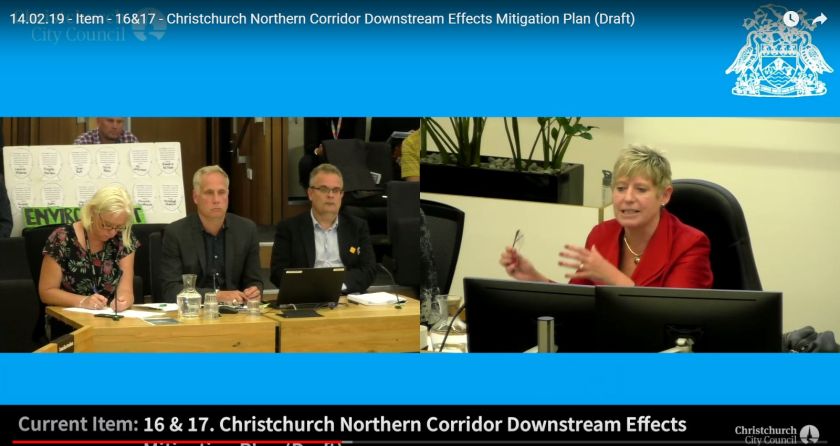 Ultimately, after over an hour of discussion (watch the video online), the Council resolved to:

Minutes of the 14 February meeting can be found at this link (PDF document).

A period of community consultation on the draft DEMP is planned – see https://ccc.govt.nz/news-and-events/newsline/show/3358. Timelines for consultation have not been announced at the time of writing.

What are your thoughts on the CNC and the draft Downstream Effects Management Plan?